THE PEN IS MIGHTIER THAN THE STETHOSCOPE?

An observation: since 2009, there have been seven English language novels published by Bruneian writers. Three have been written by medical doctors – Aammton Alias, Aisha Malik and KH Lim. KH Lim’s Written in Black was published by Monsoon Books in Singapore, while the other two writers are self-published, an increasingly accessible option for local writers looking to get their work read.

Both Aammton Alias and Aisha Malik are prolific writers – Aammton has 10 books listed on the Amazon, although I suspect this is not the entirety of his portfolio. Aisha Malik has two other pen names and has published a novella, two short stories, and a non-fiction guide to breastfeeding. So, firstly, these medical doctors are putting the rest of us to shame with their productivity.

Secondly, there is much less stigma with self-publishing these days, but the fact remains that it doesn’t come with the quality control of an editor. Editing is a large part of writing, and while generous and well-meaning friends can help a lot, they won’t always want to subject your friendship to the rigour and battering that a good editor will. 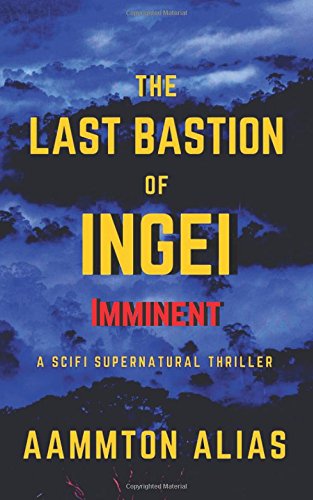 Aammton Alias’ first offering, The Last Bastion of Ingei: Imminent, is meant to be Book 1 in a series. It was written last November as part of NaNoWriMo (National Novel Writing Month), an “annual Internet-based creative writing project” – and is entirely unedited.

The story — billed as a sci-fi supernatural thriller — sets the scene presumably for the other books to follow. In a nutshell, there is a kind of parallel dimension to Earth or ‘Bumi’ that is inhabited by demons, who want — for some unclear reason — to destroy all of mankind. The fate of mankind depends on five individuals, collectively referred to as ‘The Lima’ (Delima?). These individuals are identified during the novel, which is told through 14 different points of view, and Ingei, a river in Belait, is meant to be the last bastion or battlefield of this supposedly epic struggle for humanity’s survival.

The trouble is, 350+ pages of scene-setting is entirely too much and too little at the same time. The narrative is so fractured because there are so many points of view, that we get very little time with each character and their motivations, and ultimately very little sense of what this parallel dimension is like and what’s at stake. What we do get are a lot of joyfully written fight scenes, which are really colourful (think crushed-watermelon skulls) and some interesting use of local spiritual mythology, including babalan, pontianak, cabul and kebayan. Unfortunately, because we don’t really know the characters or understand the nature of the stakes, it’s hard to care about any of the deaths or even who wins this epic battle.

Verdict: Too long, too confusing, too little world-building. There are potentially the bones of something promising here, but the book needs an editor to trim the repetitive and sometimes flabby prose.

‘The Last Bastion of Ingei: Imminent’ is available on Amazon and at local bookstore Nollybook for BND$25.

AISHA MALIK’S JEWEL: AN ATTEMPT AT A HALAL ROMANCE 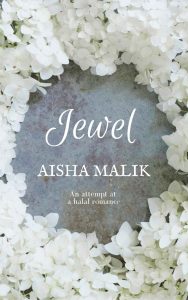 Much shorter, much snappier, and much more enjoyable is Aisha Malik’s Jewel: An attempt at a halal romance. Set in a fictional state in Malaysia, the novella is just under 100 pages, and moves along at a clippy pace. Our heroine, Yasmin Colburn, is a bookish half-white, half-Kadazan university student. Our hero is the newly-religious Prince Danial, who is trying not to date and to lower his gaze around women, something he finds exceedingly hard to do around the gorgeous-but-doesn’t-know-it Yasmin. They meet, there are misunderstandings, and there is the small issue of Yasmin not being Muslim — but because it’s a romance, there is a happy ending after a bit of angst-ing. Because it’s a halal romance, Yasmin converts and begins wearing a tudong.

For what it is, it’s good. Aisha Malik’s author bio on her Amazon page cites Twilight as a reference, and that’s clearly apparent in the characterisation and concept. It’s cheesy, it’s cringey; there’s some mildly problematic valorisation of whiteness in the context of Southeast Asia; and the female friendships are disappointing — there’s more than a whiff of binary polarisation between ‘good’ girls, who are sweet and pretty and inherently modest but don’t know it, and ‘bad’ girls, who are bitchy and promiscuous and dress accordingly. Have we not, as a culture, moved past this zero-sum, Madonna-whore perception of women yet?

On the other hand, there are some real points of interest as well –  the novella does a good job of pushing back against the double standards levied at men and women, especially in the name of ‘proper’ religious conduct between the genders. On a couple of occasions Yasmin adamantly expresses her dissatisfaction at being left out of conversations about her own future, and this is a refreshing breather from the trope of ‘pious Muslim women being quiet Muslim women’, as the late Tayibbah Taylor, editor of Azizah magazine, put it.

Verdict: Definitely a conversation-starter about romance in the Southeast Asian, Muslim context; easy to read in one sitting; mostly wish-fulfillment fantasy – if you enjoyed Twilight you will probably enjoy this! Calibrate your expectations accordingly.

‘Jewel: An attempt at a halal romance’ can be found on Amazon as an e-book for around USD$2 with tax.

Dr Kathrina Mohd Daud is a lecturer in the English programme at the Faculty of Arts and Social Sciences, Universiti Brunei Darussalam. Her short story, I Am A Bird, was the Judges’ Pick for the Asia-Europe short story contest in 2013. She is also the co-founder and playwright at Salted Egg Theatre, an all-female theatre troupe from Brunei.