MoH: 108 people fined for smoking in public spaces this year Compound fines start at $300 for people who violate Tobacco Order

A total of 108 people have been fined for smoking in public areas since the start of 2018, the Ministry of Health (MoH) has revealed.

“We have issued 77 compound fines to individuals who were caught smoking in public and sent 31 offenders to cessation clinics during those two months,” he said in his address to the Legislative Council (LegCo) on Saturday. 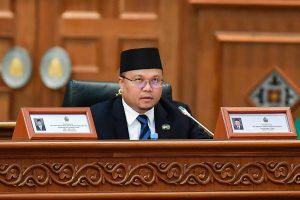 Seventy-five of those cases comprised individuals caught smoking or vaping in prohibited areas. First-time offenders were issued a compound fine of $300 under the Tobacco Control Order and $500 for repeat offenders.

The enforcement unit also recorded 32 cases of underage smoking (below 18) from January to February — all were sent to government smoking cessation clinics.

“The number of underaged smokers in our records have grown at an alarming rate, from 13 cases in 2010 to 95 cases last year,” YB Dato Hj Md Isham added.

According to a MoH survey conducted in 2013, 11 per cent of students aged 13-15 used tobacco products. The ministry also found that 18 per cent of adults were tobacco users with 12.4 per cent smoking on a daily basis.

During the meeting, the minister also revealed statistics from 2017, in which the Health Enforcement Unit caught 532 people smoking in public areas and issued 438 compound fines. Ninety-four underaged smokers sent to cessation clinics

In Brunei, smoking is prohibited in virtually all enclosed public places and workplaces, on sidewalks near business premises and within a six-meter radius of public buildings and schools.

The government has also ceased issuing licenses to sell or import tobacco, driving a sharp increase in cigarette smuggling.

So far in 2018, the Health Enforcement Unit has fined one business $1,000 for allowing smokers and vapers to smoke on its premises. Repeat offenders will be fined $2,000 under the law.

As part of its long-term plan to combat non-communicable disease, MoH is targeting a 30 per cent relative reduction in tobacco use by 2018 and aiming for all public places to be smoke-free.