Throw these out now: MoH takes down four health products Continued use of these products may result in kidney failure, gastrointestinal bleeding, coma and even death

Another four health products have now been taken off the shelves after being found adulterated with potent western medicine ingredients.

Three of the products — manufactured in Indonesia — were tested by the Ministry of Health’s  Pharmacy Section to contain acetaminophen, which is a pain killer akin to paracetamol. Meanwhile, another product of unspecified manufacturing origin, was tested positive for phenolphthalein — an ingredient known to cause cardiac and respiratory distress.

“The adulterants found in these products can cause adverse effects that are potentially hazardous to the people using them,” the MoH said in a statement released earlier today.

It also advises members of the public who are taking any of the four products listed above to discard them immediately, and seek medical attention if they suspect they are suffering from any ill-effects.

According to MoH,  excessive acetaminophen or paracetamol use may lead to liver damage, kidney failure, coma and can result in death. Meanwhile, diclofenac is an anti-inflammatory medicine, if taken without supervision, may result in peptic ulceration, gastrointestinal bleeding, nausea, vomiting, skin rashes, blurred vision, oedema, jaundice and kidney failure.

Dexamethasone — a type of steroid — was present in the Sari Kulit Mnggis Kapsul product. Consumers who take high doses of steroids over a prolonged period of time may suffer from withdrawal symptoms which include fatigue, muscle and joint pain, fever, low blood sugar, low blood pressure and dehydration.

The Fat Away Choco Tablet, which has been found to contain phenolphthalein, puts consumers at risk of diarrhoea with excessive loss of water and electrolytes, leading to the possibility of developing an atonic non-functioning colon. Cardiac and respiratory distress, renal damage and hypersensitivity reactions have also been reported with the use of this drug.

The Ministry of Health stressed that it has not issued any approval for the importation for the sale of these products. Members of the public involved in the retail of these products, including online retail such as through Facebook, are reminded that it is an offence under the Poisons Act 1956 to sell any product containing any substance controlled under the said Act and the penalty for such an offence upon conviction, is a fine of $8,000 or six months imprisonment.

For further information and communication, the public may contact the Pharmacy Enforcement Section at 2393298 extension 208; send an e-mail to pharmacy.enforcement@moh.gov.bn. 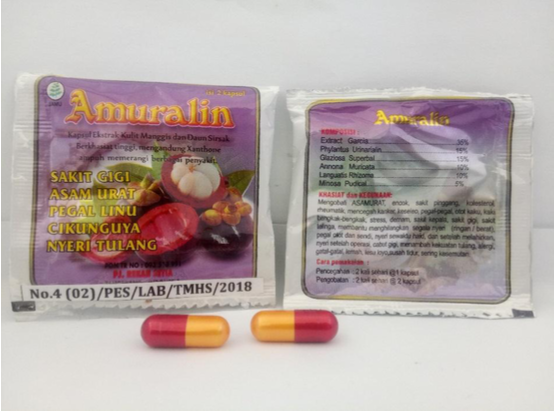