Although The Scoop launched in Brunei just four short months ago, it has certainly been a busy quarter for news. From the nationwide celebrations of His Majesty’s Golden Jubilee to global issues that struck a chord at home (Rohingya, Palestine), we recap the top stories on our website for 2017.

For the 29th SEA Games this year in Kuala Lumpur, Brunei not only fielded its first ever polo team, it also took home bronze.

The Scoop caught up with three of the Brunei polo team’s young royals to share their SEA Games experience, hopes and aspirations. “We were a new team — it’s the first time Brunei sent a polo team and there wasn’t really any pressure on us, it was more like we wanted to perform the best we could,” His Royal Highness Prince Abdul Mateen shared.

The bronze win has spurred the team to join more tournaments in the future. “This is only the beginning,” said HRH Princess ‘Azemah. “We gelled as a team [during the SEA Games] and did really well for our first tournament. So for sure, we’re going to continue.”

2. Back from helping Rohingya refugees in Bangladesh, a young Bruneian is driven to do more

“One Tuesday morning, I woke up and I knew I just had to help. I needed to go. That following Saturday, I managed to get my visa, locate a Bangladeshi NGO and arrange for travels to Cox’s Bazar via Dhaka,” founder of Hand4Handbn — a new organisation involved in humanitarian relief work — said.

And just like that, Iqbal Damit sprung to action, securing over $15,000 to buy 1,045 food packs for the growing number of Rohingya refugees who have fled their homes in Myanmar to cross the border into Bangladesh.

“If you were there, it would be life-changing. It made me think, ‘who are you to complain about the little things in your life?’” he said, summing up his experience.

3.‘The bond between the king and the people is inseparable’

October 5, 2017 will go down as one of the pinnacle moments in the history of Brunei Darussalam, with almost half of the country gathering in the heart of the capital to celebrate 50 years of His Majesty’s ascension to the throne.

In his titah, the monarch underscored the importance of trust between the king and the people. “I am grateful to Allah SWT to be able to celebrate my golden jubilee in peaceful and harmonious circumstances,” His Majesty said during a royal audience at Istana Nurul Iman.

The sultan went on to say that the bond between the king and the people of Brunei could not be severed. “My history is also the history of our people and our country, because the king cannot break ties with the people and the country — I firmly share my history with them.”

4. HSBC shutters all branches in lead up to Brunei exit 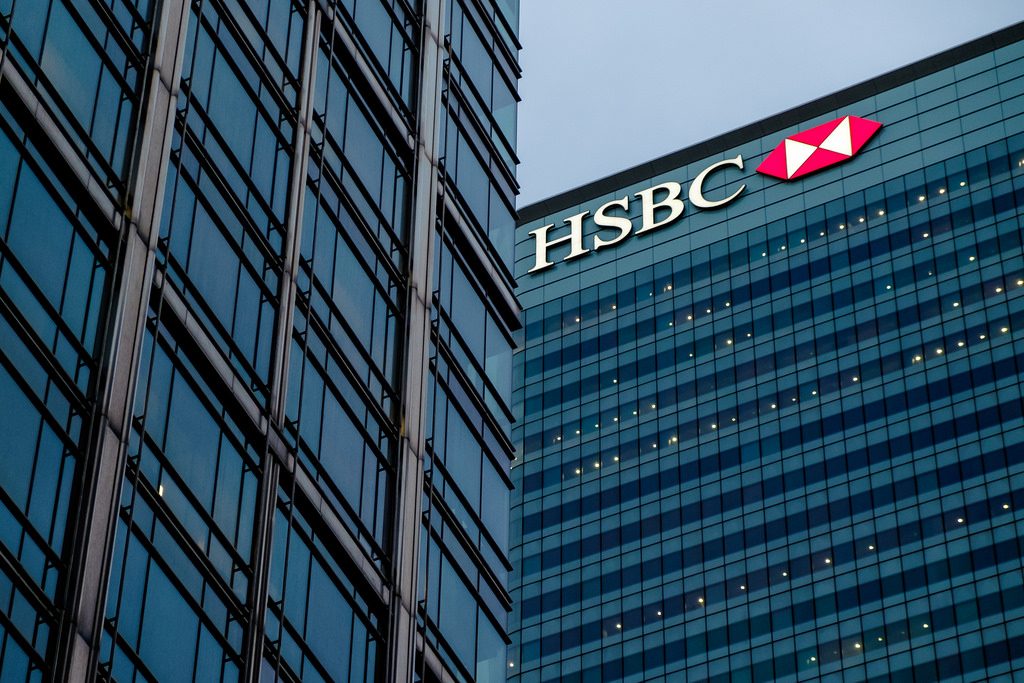 Ending its 70-year presence in Brunei, the Hong Kong and Shanghai Banking Corporation (HSBC) shuttered the doors on its flagship branch in Bandar Seri Begawan on November 11, 2017.

It had announced in April 2016 that it was winding down operations in the sultanate as part of global strategy to focus on its core business in fewer markets. Prior to shutting down its main branch and ceasing operations, HSBC sold its retail and commercial banking portfolio to Baiduri Bank.

HSBC had nine branches across Brunei and 500 employees. On the night its distinctive red and white logo was taken off its main office building in Bandar Seri Begawan, crowds and former HSBC employees gathered outside.

It was a banquet fit for a king, in true royal celebration of his 50th year of ascension to the throne, His Majesty invited heads of states and royalty from around the globe to a dinner at the Istana Nurul Iman.

Dining under crystal chandeliers and golden trimmings, His Majesty and Her Majesty Duli Raja Isteri Pengiran Anak Hajah Saleha sat at the head of a 44-seat table surrounded by regional leaders and royals from Malaysia, Britain and the Middle East.

Tens of thousands of people made their way to downtown Bandar to witness the highly-anticipated event, held in conjunction with celebrations for His Majesty’s Golden Jubilee.

The 750-metre bridge features two dual carriageways and two interchanges as well as a 157-metre tower topped with a 8.7-metre diametre dome. The flyover was built to ease traffic congestion for commuters between Lumapas and Bandar Seri Begawan.

Brunei, represented by His Majesty Sultan Haji Hassanal Bolkiah Mu’izzaddin Waddaulah, the Sultan and Yang Di-Pertuan of Brunei Darussalam, supported the Organisation of Islamic Cooperation’s (OIC) communiqué, which stated that any unilateral move to change the legal status of Jerusalem was “null and void” and a “serious violation of international law”.

During an emergency summit held in Turkey on December 13, the sultan said that a “just and lasting solution” to the plight of the Palestinian people was long overdue. 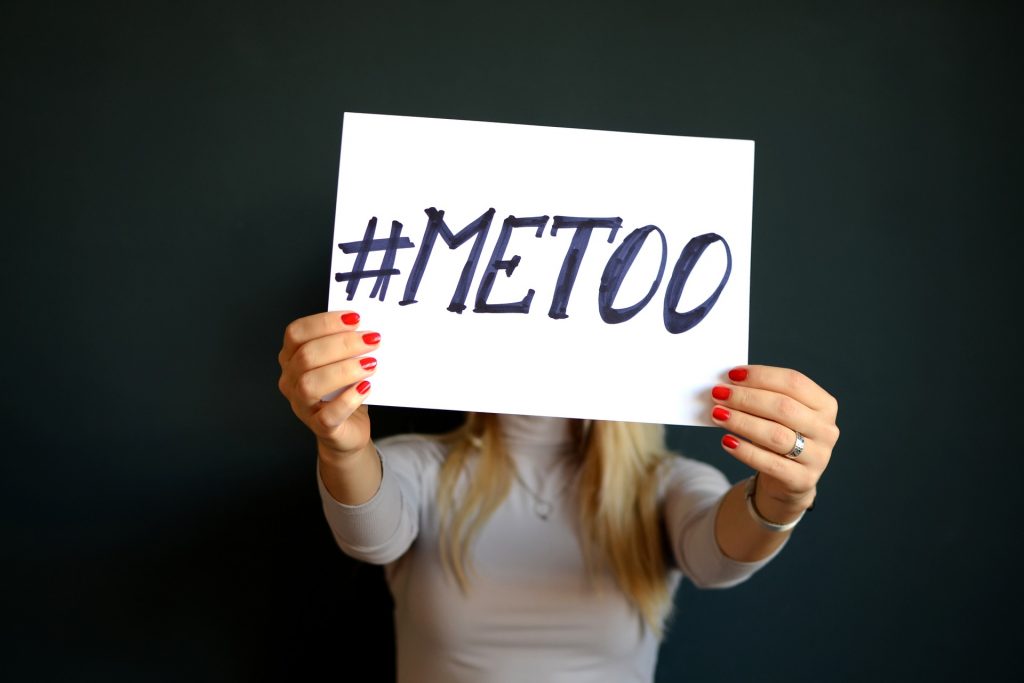 The Scoop’s resident agony aunt, columnist Tiwin Aji, speaks candidly about her personal experience with sexual harassment in order to shed light on the taboo topic.

“You might think incidents like these don’t happen here in Brunei, but harassment exists in many forms. Over here, workplace harassment is where it’s at,” she writes, in the wake of a Hollywood scandal that has sparked global conversation about sexual harassment.

She hopes her story on sexual harassment will encourage other women to stand up for themselves and openly talk about their experience.

9. The new jewel of the capital — Taman Mahkota Jubli Emas

The opening of the 12-hectare riverfront park, Taman Mahkota Jubli Emas, was another milestone for Brunei this year.

Initially a flood mitigation project, it has evolved into a major urban redevelopment, which required land reclamation and the relocation 500 residents from Mukim Sungai Kedayan, Kg Ayer. The park was unveiled to the public on October 22, where 30,000 came to witness His Majesty officially launching and renaming it.

Justina Liew Vun Ching, director of Drainage and Sewerage at the Ministry of Development, said one of the aims of the Eco-Corridor is to improve connectivity around the capital. The introduction of more green urban spaces is part of government efforts to encourage healthy, active living among the public, she added.

The two leaders also discussed simplifying the immigration process for land travel between the Brunei and Malaysia, with only one stamp for entering and exiting each country.

Another matter which was discussed during the November 23 annual leaders consultation (ALC) at Istana Nurul Iman was defense cooperation. The Malaysian premier said he had invited Brunei to become a full partner in the Trilateral Maritime Patrol and Trilateral Air Patrol conducted by Malaysia, Indonesia and the Philippines in the Sulu Sea.