The Ministry of Primary Resources and Tourism (MPRT) has announced a proposed budget of $54.1 million for the 2018/19 fiscal year.

Staff salaries take the bulk of the budget at $31.7 million, while $20.4 million has been allocated for recurring expenses and $5 million for development.

However, an additional $55 million in funds from the National Development Plan (NDP) has been granted to support the expansion of the agriculture and aquaculture industries.

The first is to increase the production yield from the agriculture, fisheries and forestry sectors through modern technology and techniques; and to penetrate both domestic and exports market.

Under the MPRT budget, the Department of Agriculture and Agrifood has been allocated $5.47 million for the national rice production programme.

This will be supported with an additional $40 million in funds earmarked for rice and vegetable cultivation through the National Development Plan.

YB Dato Hj Ali said better irrigation and drainage systems will be built for high-yield paddy varieties such as Titih, with the ministry aiming to boost annual rice production to 7,700 metric tonnes by 2020.

The minister said local farmers are facing numerous challenges such as unpredictable weather, lack of capital and competition from neighboring countries.

Several new strategies have been devised to help young and low-income farmers such as inexpensive techniques like ‘fertigation’ and composting.

For farmers with established capital, MPRT will focus on quality crop production using hydroponics and greenhouses to market their products for export.

The ministry has held discussions with several local supermarkets, companies and food exporters to purchase produce on a contract basis, but farmers must be capable of meeting demand for either domestic or export markets.

A total of $408,000 has also been budgeted to improve bio-security and ensure Brunei’s produce can penetrate export markets.

The majority of agricultural output still comes from the poultry sector, with broiler chickens and lay hens comprising 60 percent of output last year. MPRT estimates that by 2020, revenue from this sub-sector will grow to $269 million per year, compared to just $106 million in 2015/16.

Through the National Development Plan, a total of $27 million has also been granted to help advance the livestock industry, aiming for $300 million in annual revenue by 2020.

This will be achieved with the support of fish farmers, said the minister, in specific areas such as the southern part of Pelumpong Island and other offshore areas identified by MPRT. 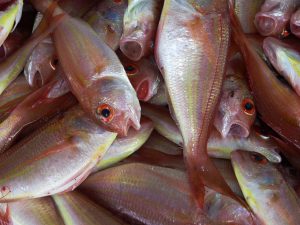 Under the National Development Plan, $15 million has been budgeted to open new aquaculture sites.

Another $142,000 under the MPRT budget is dedicated to help aquaculture companies penetrate the exports market.

A total of $3 million has been allocated to strengthen the quality of Brunei’s tourism industry, however the minister did not give details on which specific areas.