BANDAR SERI BEGAWAN – Brunei remains committed to an open and multilateral trade system, the country’s monarch said at the Commonwealth Heads of Government Meeting (CHOGM) in London, stressing that anti-globalisation and protectionist sentiment should be challenged.

His Majesty Sultan Haji Hassanal Bolkiah Mu’izzaddin Waddaulah, the Sultan and Yang Di-Pertuan of Brunei Darussalam, wrapped up his CHOGM duties on Friday, after issuing a statement with other leaders pledging to bolster the Commonwealth’s global and regional frameworks to promote growth and development.

Held in London for the first time in 20 years, the summit focused on a host of issues from the environment to cybersecurity, with eyes turned to see how Britain will shape its foreign policy agenda post-Brexit. 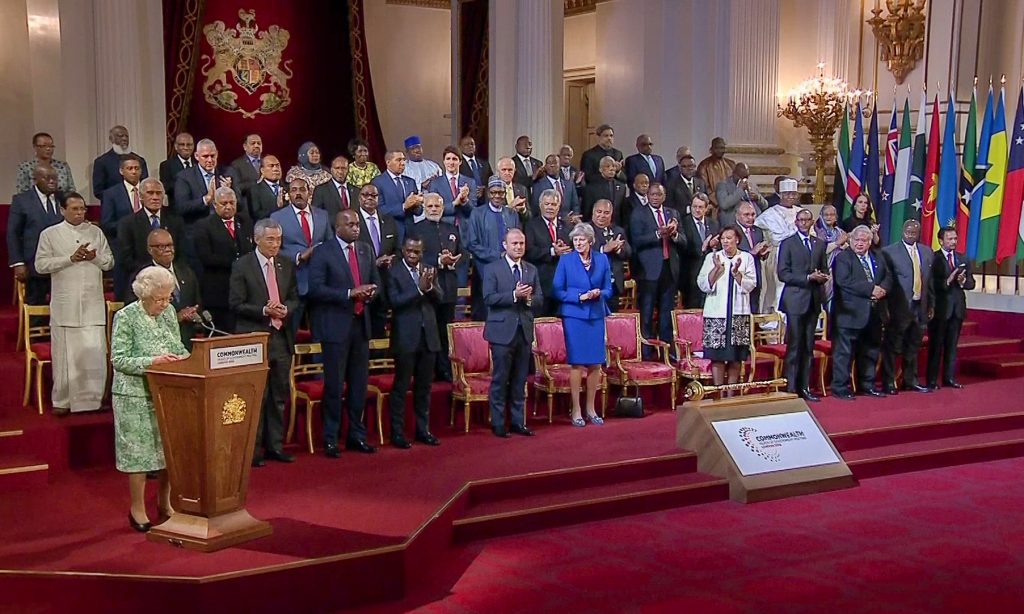 This includes enhancing the business participation of women and youth, as well as giving priority to MSME-friendly measures.

Senior trade officials will meet in June to begin operationalising the Commonwealth Connectivity Agenda, according to the secretariat.

Britain’s High Commissioner to Brunei, Richard Lindsay, told The Scoop that Commonwealth nations have an opportunity to show leadership on trade issues by rejecting protectionism. And post-Brexit, the UK will also regain the power to negotiate bilateral free trade agreements.

“When we leave the EU in a year, we need to form new trading relationships across the globe… an obvious place to start is nations with which we have existing, historical relationships,” Lindsay said.

“Trade is 20 percent cheaper within Commonwealth…. and as we become more engaged globally, the Commonwealth can be a champion for free trade.” 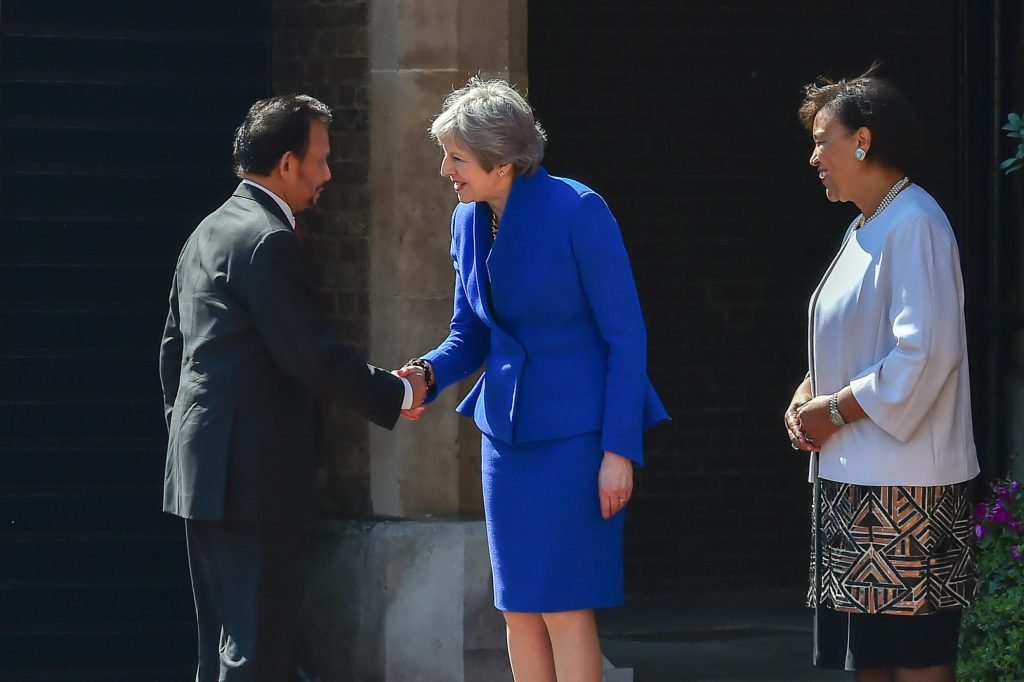 HM the Sultan meets British PM Theresa May upon arrival at Buckingham Palace for CHOGM 2018 in London. Photo: Infofoto

In the wake of the Cambridge Analytica data privacy scandal and Facebook’s role in election interference, leaders adopted the Commonwealth Cyber Declaration, agreeing to work together to strengthen cybersecurity frameworks and response mechanisms.

The UK government pledged up to £15 million to help Commonwealth countries strengthen their cybersecurity capabilities and “tackle criminal groups and hostile state actors who pose a global threat to security”.

His Majesty said Brunei would work with Commonwealth partners to tackle cybercrime, cyberterrorism and data security, as well as the rise in violent extremism, adding that such threats “should not be attributed to any particular religion, race, nationality or ethnicity”. 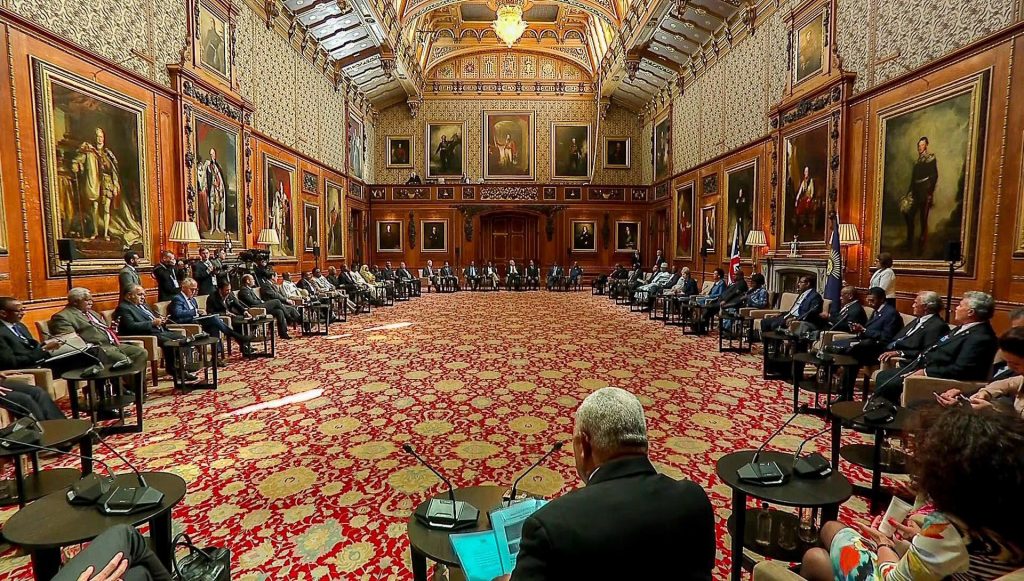 Brunei also expressed its strong support for the group’s efforts in mitigating the effects of climate change, with the Sultan lauding the establishment of the Queen’s Commonwealth Canopy, a network of forest conservation initiatives involving all 53 countries.

Leaders also agreed on a coordinated push to protect the ocean from the effects of climate change, pollution and over-fishing, laid out in the Commonwealth Blue Charter. The landmark declaration will affect one third of the world’s national coastal waters, helping to sustain livelihoods and ecosystems globally.

A COMMONWEALTH FOR THE 21ST CENTURY?

The modern Commonwealth was formalised in 1949 through the London Declaration, as many dominions of the British Empire sought independence.

Although it represents about 2.4 billion people, critics have lobbed various criticisms at the organisation, saying it is too disparate to have any real influence. The Gambia offered a more blunt assertion, calling it a “neo-colonial institution” when it withdrew from the grouping in 2013.

Lindsay acknowledged that while many member states have shared experience through colonial rule, the modern Commonwealth is about building people-to-people links.

“It is not a regional organisation but a transnational one… We have experience and values in common, and now we want to share a common future, and set the agenda for things that matter,” he said.

“It is an organisation which is about networks of people across the Commonwealth from youth, to museums, or lawyers, sport, fashion, humanitarian work — there is a network for almost everything.”

Britain’s Queen Elizabeth has perhaps been the most steadfast champion of the Commonwealth, but at 92, it will likely be her last time attending the summit as she cuts back her official duties.

News outlets reported on Friday that leaders agreed to back Prince Charles to succeed his mother as head of the Commonwealth, although the role is not hereditary