BANDAR SERI BEGAWAN – The newly-rebranded imagine is bundling its broadband with postpaid 4G+ mobile plans in an attempt to retain its existing customers and capture a larger segment of the market.

Dubbed the Dream Bundle, the package is one of the three new plans that imagine is offering following a revamp of its retail operations.

Announcing the new plans in a press conference on Thursday, imagine CEO Suzanna Suharju said its packages for both broadband and postpaid mobile were created as a result of public feedback.

She said the new plans aim to meet the increasing demand for connectivity among the population, be it for enterprise and business use or for home and on the move.

The Dream Bundle combines broadband and postpaid mobile to provide consumers with more convenience and access to nationwide WiFi at over 100 locations throughout the country.

Suzanna said, “We made a conscious decision to focus on what we do best, i.e our fixed [line] refresh which is our ‘Dream Broadband’ plan because the market segment that typically owns Dream Broadband also owns postpaid mobile, we want to target that segment of the market first.

“The key for us here is making sure that the customer experience we offer in the market is top notch and our focus is on broadband and postpaid mobile,” she added. 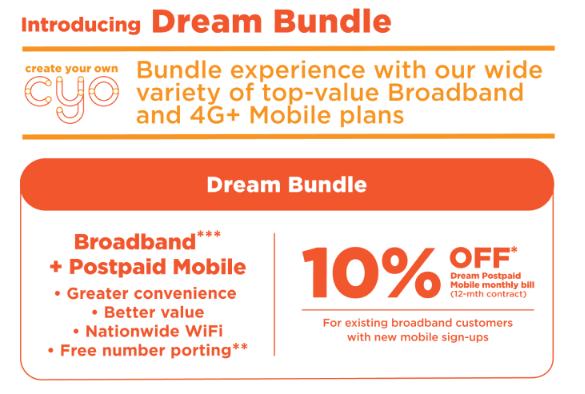 “One of the things that we’ve learned from our customers in our increased digital interaction with them, asking for their feedback and looking at their usage, is that what our customers want with their current broadband accounts is for them to be able to combine it with a mobile service as well as increased services on top of that,” she added.

The Dream Broadband plan, which consolidates several plans from the company’s previous packages, offers its highest data package to date at 500GB.

These packages provide better value with speed options starting from 20Mbps and 50MBps for data-based plans as well as 100Mbps and 200Mbps for unlimited plans. 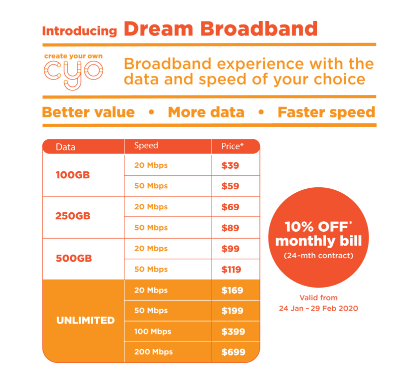 The Dream Mobile postpaid plan starts from $35 a month with contract and non-contract options.

The service leverages on the current 4G+ network with flexible contract-plan options, where customers are able to Create-Your-Own (CYO) experience through Boosters top-up for talk, text and lifestyle data, said Dona Johan, vice-president of imagine’s marketing.

Starting January 24, customers who are interested to sign on to imagine’s network may do so online via imagine’s e-store – the first in Brunei’s telecommunications sector. 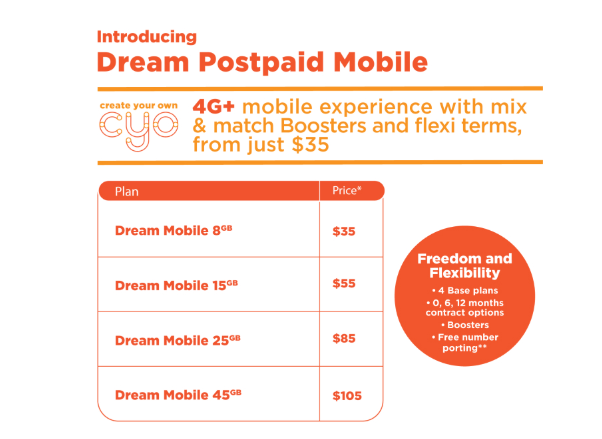 Customers can pay online and order imagine’s postpaid sim card which will be delivered to their doorstep.

The telco will also be offering number porting on a pilot basis. Number porting allows users to change service providers while retaining their existing number.

The CEO advised consumers to take their time in choosing a service provider and packages that suit their needs.