Citing figures from JobCentre Brunei, the Centre for Strategic and Policy Studies’ (CSPS) economic outlook report showed about 3,000 registered jobseekers with tertiary education qualifications at the end of 2020.

Secondary school leavers topped the list of registered jobseekers, followed by university graduates and those with technical or vocational qualifications. 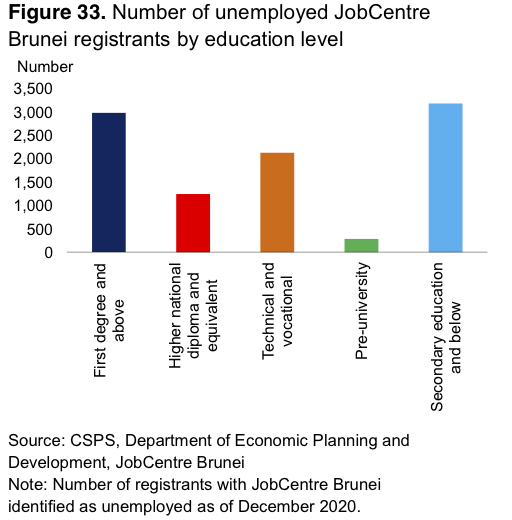 The CSPS Brunei Economic Outlook 2021 publication stated that skills and qualifications mismatch is an important issue that affects the employability of Bruneians in the private sector.

“Tertiary educated workers are fewer than the high-skilled occupations in every economic cluster, as well as in non-prioritised industries,” it continued. 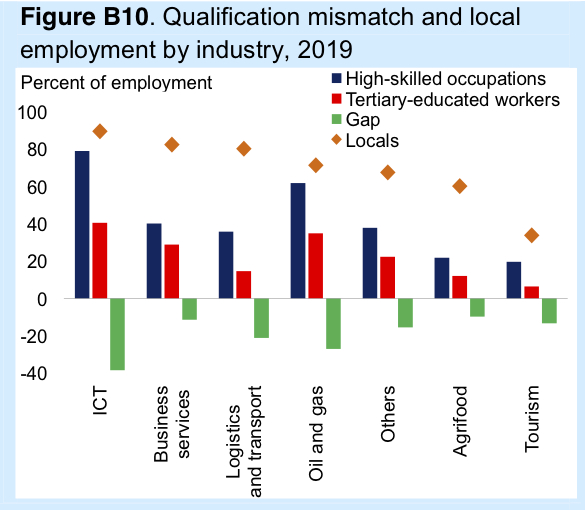 The Manpower Planning and Employment Council previously said Brunei would need 13,000 skilled workers in the energy and construction industries for the next five years.

In 2019, foreign nationals still made up the majority (78%) of the total workforce in the construction sector.

However, the 2019 enterprise census showed more Bruneians employed in the private sector for the first time since records began as labour policies were revised to prioritise the hiring of locals.

CSPS said government recruitment has slowed after the oil price crash in 2014, with Bruneians encouraged to seek jobs in the private sector.

“One of the government’s main priorities has been to secure jobs for locals during the COVID-19 outbreak.

“However, it is expected that the labour market experienced some dislocations. In particular, job losses among foreign workers are expected to be highest in the travel-related sectors,” the think tank added. 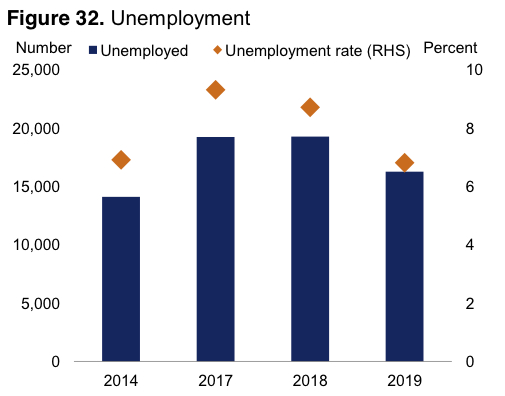 Several initiatives have been implemented in recent years to address the high unemployment rate, including the i-Ready paid apprenticeship programme.

The three-year programme had trained over 2,400 interns since its introduction in 2017, but only 37 percent of the trainees managed to land permanent jobs.