BANDAR SERI BEGAWAN — Brunei residents caught violating the night curfew will face a $100 on-the-spot fine as the country is set to enforce its strictest COVID-19 control measures yet on Monday.

With the exception of critical frontline workers, anyone who leaves home for non-emergency matters from 8pm to 4am will be penalised under the Infectious Diseases Act, the health ministry announced on Sunday.

The sultanate registered a 33 percent rise in coronavirus cases over the past week, prompting the government to introduce the night curfew for two weeks.

Brunei has been under a partial lockdown for eight weeks but Delta-driven infections continued to spread in all four districts, with Brunei-Muara the worst-hit.

A total of 7,377 coronavirus cases have been reported in the current outbreak. Of these, 99 percent were local transmissions.

Temporary isolation facilities have also reached 80 percent capacity after Brunei’s number of active cases jumped to its highest level of 2,335 on Sunday.

During a press briefing, Second Minister of Finance and Economy YB Dato Seri Setia Dr Hj Mohd Amin Liew Abdullah said the government will monitor whether the tightened restrictions help in containing the spread of COVID-19.

“If members of the public cooperate, InsyaAllah, I’m confident that we can reduce the number of positive cases,” he said in response to a question on the government’s plans in the event that Brunei does not see a declining trend in infections after two weeks.

“If there is a need, the government will announce [other] measures again,” he added. 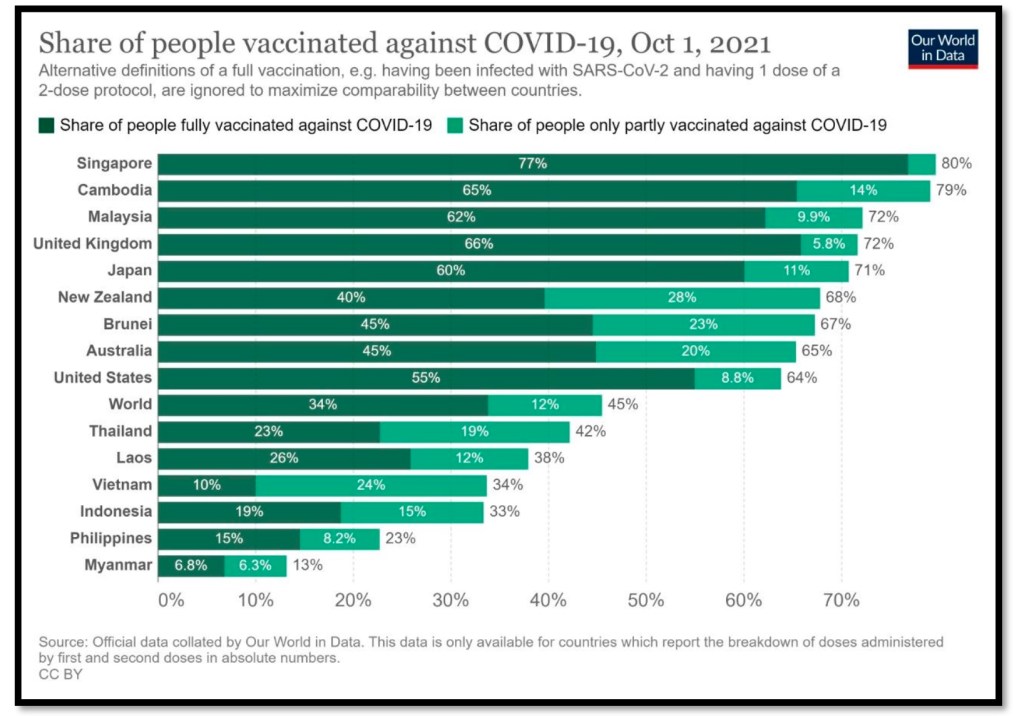 Some 44 percent of Brunei residents have completed their full vaccination regimen.

The country administered a daily average of 6,928 vaccine doses in the past week, short of its goal of 10,000 doses a day.

A day earlier, the health minister announced plans to increase 2,500 vaccination slots from October 5, with priority given to individuals who could not book first dose appointments on the BruHealth app.

An 83-year-old woman became the 35th person in Brunei to succumb to the virus.