When Brunei entered into an agreement to come under British protection in 1888, it was to ensure its own political survival.

With piracy and rebellion threatening the internal order of the kingdom, and Sarawak’s “White Rajah” encroaching the borders, Sultan Hashim Jalilul Alam Akmaddin asked the British government for help to stop the rapid decline of Brunei’s territory.

By 1906 the British residency was installed and Brunei stayed under its control for another 53 years.

The road to independence began in 1959 when the Constitution Agreement was signed with the UK, abolishing the residency and providing for internal self-rule, with Britain remaining in charge of defence and foreign affairs.

Subsequent treaties with the United Kingdom in 1971 and 1979 set the timeline for independence, with Brunei set to gain full autonomy over its affairs on January 1, 1984.

Reading the Proclamation of Independence at 12.01am on that day, His Majesty Sultan Haji Hassanal Bolkiah Mu’izzaddin Waddaulah, the Sultan and Yang Di-Pertuan of Brunei Darussalam declared:

“The time has now arrived when Brunei Darussalam will resume full international responsibility as a sovereign and independent nation in the community of nations.”

After the proclamation was read, His Majesty’s father, Al-Marhum Sultan Haji Omar ‘Ali Saifuddien Sa’adul Khairi Waddien, lead three chants of “Allahu Akbar” among the crowd of thousands gathered at the padang. Sounds of the hadrah echoed throughout the field, as a 21-gun salute was fired to mark the occasion.

Despite the heavy rain that night, the capital Bandar Seri Begawan was filled to the brim, with people spilling out of the padang and SOAS Mosque, offering their prayers for a smooth transition.

Although Brunei declared its independence on January 1, the date for National Day was set as February 23, 1984, with nationwide celebrations planned at Hassanal Bolkiah National Stadium.

The traditions of the first National Day are much like the ones carried out today — the flag-waving students; the march-past and field performance; the sounds of the choir; the police and army marching bands creating a soundtrack for the patriotic occasion.

The march-past was led by 40 youths carrying a giant Brunei flag measuring 12 by 24 feet. Exactly 1,984 balloons were released together with 1,404 pigeons to represent the year 1984 and the Islamic year of 1404. 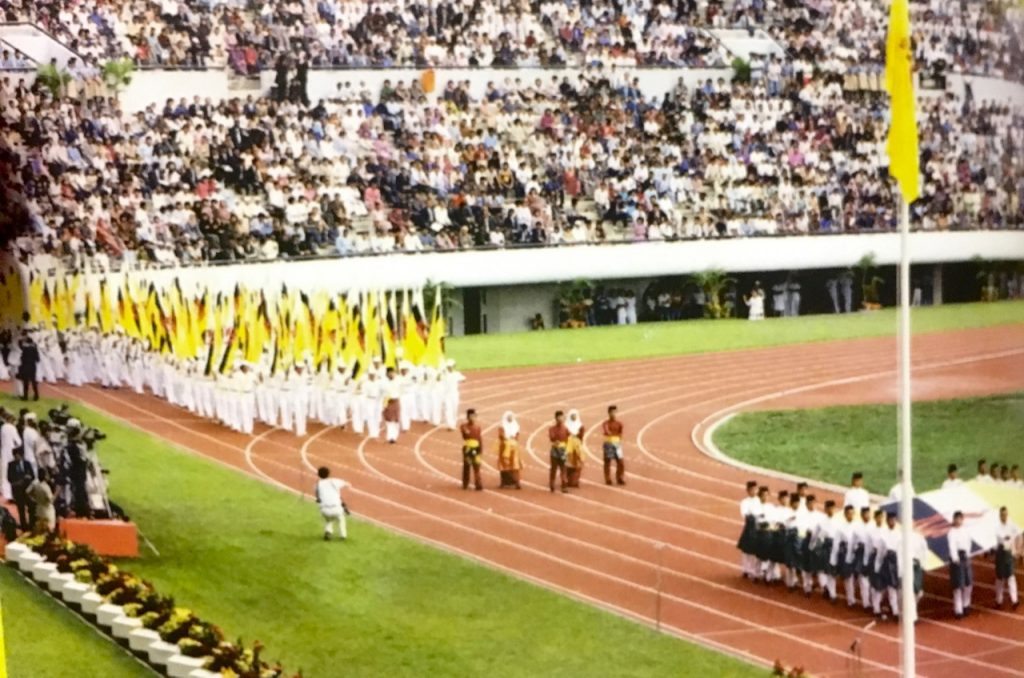 Groups representing different sections of society also participated in a parade around the capital. They came dressed in their finest — from some pretty rad ’80s fashion (white gloves and pants, anyone?) to the intricately-beaded and woven costumes of Brunei’s various indigenous tribes.

There were plenty of high-profile guests at the event, representing the governments of 70 different countries. Some of the dignitaries included the UK’s Prince Charles, the King of Tonga Tāufaʻahau Tupou, Indonesian President Suharto and Pakistan’s leader General Zia ul Haq.

There was also some great memorabilia issued to commemorate Brunei’s independence, like these collectable stamps and silver coins. 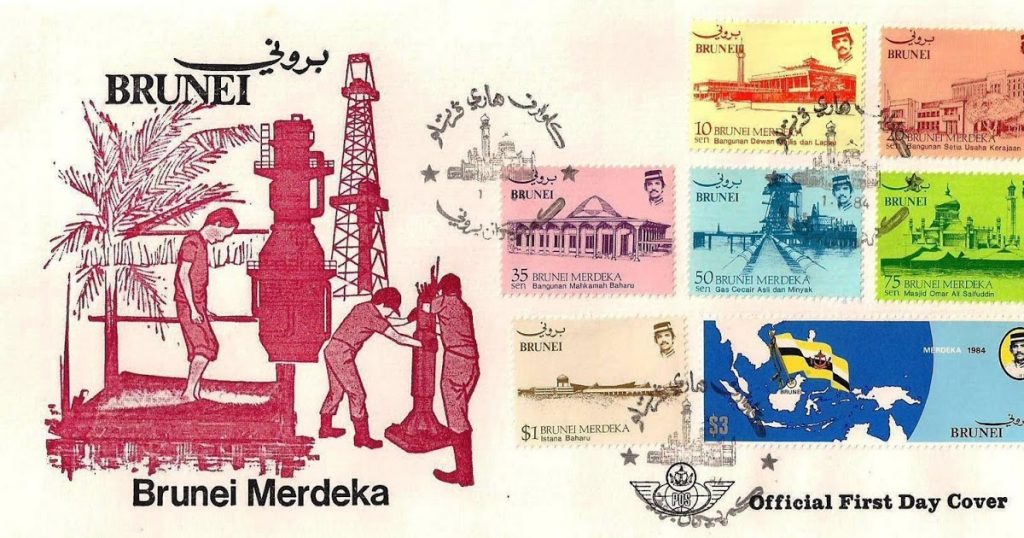 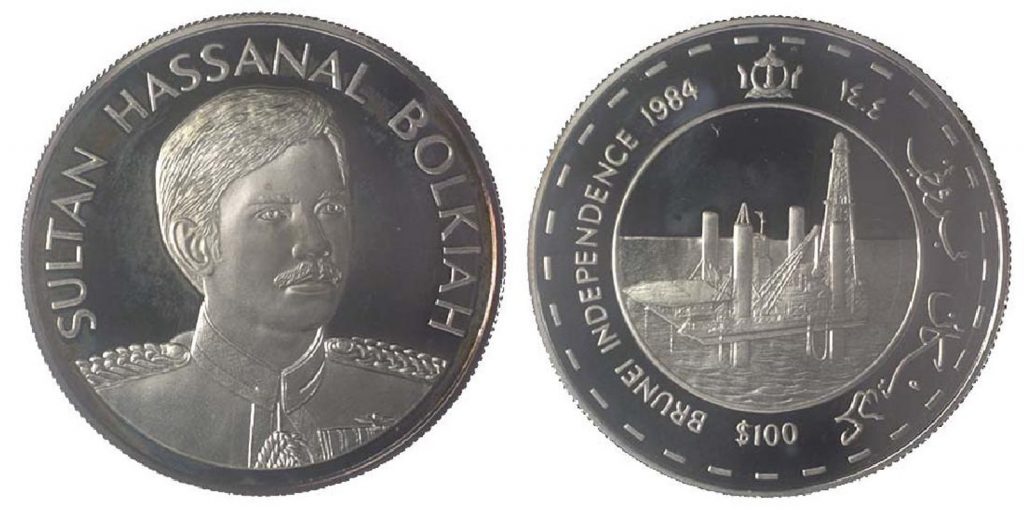 Feeling nostalgic and want to relive the whole day? You can watch the archival footage of Brunei’s first National Day here: