More than 7,000 hectares of farm land available for development through DAA Gov't offering heavily subsidised land for rent to both locals and foreigners

BANDAR SERI BEGAWAN – Three hundred hectares of government-owned agricultural land have been given out to emerging farmers and “agripreneurs” over the past two years as part of state efforts to fuel growth of the agriculture industry.

On Thursday, His Majesty Sultan Haji Hassanal Bolkiah said the pilot programme under the Department of Agriculture and Agrifood (DAA) was aimed at boosting primary sector growth, offering heavily subsidised land rental to encourage Bruneians to take up farming. 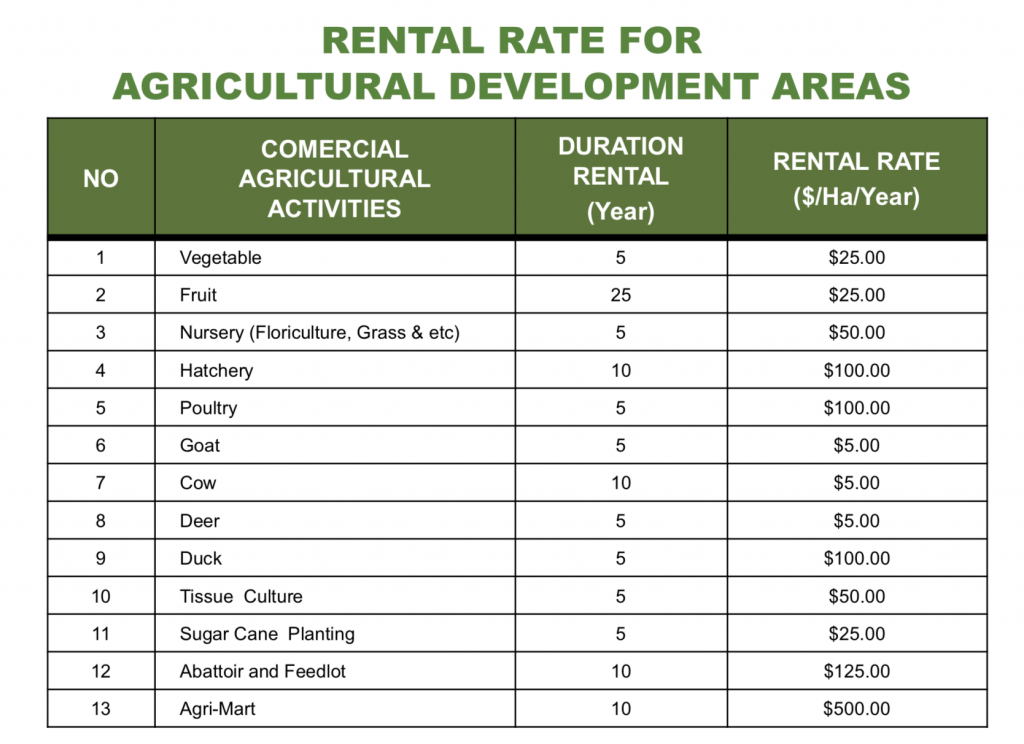 Speaking at a a Hari Raya celebration organised by the Sultan Haji Hassanal Bolkiah Foundation (YSHHB), the monarch said the government has rolled out a number of schemes to boost agricultural production and food security, with more than 7,000 hectares of land available for development.

“Bringing together food producers, businesses and supermarkets can help market agricultural produce more effectively. It not only expands the market domestically but also provides access to markets abroad,” the sultan said during the event held at the International Convention Centre.

Brunei imports the vast majority of its food from overseas, and is only self-sufficient in poultry production.

Head of the DAA’s Agricultural Site Unit, Farah Ani Hj Gapor, said with 7,000 hectares of government land gazetted under the department, the only requirement for applicants is to be registered with the Registry of Companies and Business Names.

“It’s a small scale programme open to anyone who wishes to enter the agriculture or agrifood sector, including livestock farming. It is for a short term basis [of two years], and we’re offering [allotments] ranging from 0.5 hectares up to 20 hectares.”

“There are no restrictions [in terms of eligibility]. It is open to everyone, even foreigners,” he told The Scoop.

His Majesty said that the push to grow the industry does not mean the government will appropriate privately-owned land for agricultural development.

“We will not take people’s land by force or replace it with unreasonable prices. This cannot happen in Brunei,” he said.

“We continue to generate the economy for all, not to be monopolised by one party while others live in suffering.

“In Brunei, we continue to live governed by laws and the constitution, where all rights are preserved and respected, unlike those who peddle rhetorics under the guise of human rights, while at the same time they remain silent against persecution and murder.”