This article is brought to you by: 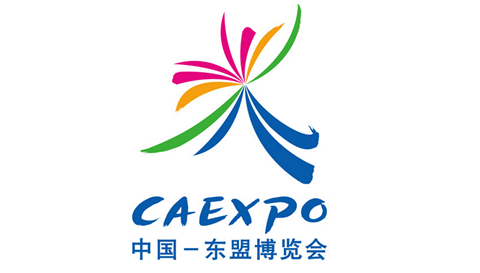 This article is brought to you by:

“You can’t build a deep friendship without mutual understanding.”

This widely-known proverb in Brunei encapsulates the Brunei-China relationship since ancient times, laying a solid foundation for the present relationship between the two countries.

As an important country along the Maritime Silk Road, Brunei is increasingly attracting more Chinese investment — the economic and trade cooperation between China and Brunei has developed rapidly.

In 2014 at the 11th China-ASEAN Expo, the Brunei government and the government of Guangxi Zhuang Autonomous Region in China decided to embark on the Brunei-Guangxi Economic Corridor.

Since then, more and more Chinese companies have entered Brunei. China has provided assistance to the construction of Brunei’s infrastructure and built the Telisai-Lumut Highway, the Ulu Tutong Dam and other projects, including the largest infrastructure project in Brunei history – the Temburong cross-sea bridge connecting the Brunei mainland and Temburong district.

In 2018, the bilateral trade volume between the Brunei and China was US$1.84 billion, up 86 percent year-on-year. The two countries have achieved remarkable results in cooperation in investment and contractual services.

By the end of February 2019, China had concluded engineering contracts with a total contract price of US$3.25 billion in Brunei, and completed a turnover of US$3.34 billion.

The exchanges and cooperation between the two countries in the fields of civil aviation, health, culture, tourism, sports, education and justice have also grown.

Brunei’s milestones at the China-ASEAN Expo

His Majesty Sultan Haji Hassanal Bolkiah has attended two China-ASEAN Expos — in 2006 and 2017 — at which Brunei was the country of honour.

National leaders such as HRH Prince Haji Al-Muhtadee Billah, the Crown Prince and Senior Minister at the Prime Minister’s Office, and Princess Hajah Masna, Ambassador-at-Large at the Ministry of Foreign Affairs, have also attended China-ASEAN Expo in the past.

Through the China-ASEAN Expo, a number of important project agreements between Brunei and China have been signed. During the 11th China-ASEAN Expo in 2014, Brunei and Guangxi officially signed the Memorandum of Understanding on Economic and Trade Cooperation along Guangxi and Brunei Economic Corridor. The two sides started comprehensive cooperation in agriculture, industry, logistics, halal food processing, health care, biomedicine, tourism and other fields.

Participating in the expo for 15 consecutive years, Brunei’s industries have emerged and continuously expanded the scale of their exhibition at the expo. In all the previous expos, Brunei presented a total of 653 booths and 240 exhibiting companies.

In 2018, Brunei exhibited a range of products including food and beverage, health products, port operations, and educational services.

Brunei’s halal food, seafood, electronic information products and services have become prestigious brands at the expo and are favored by purchasers, gradually entering the Chinese market.

Through the “City of Charm” exhibition at the expo, Brunei has attracted more and more Chinese tourists. The sultanate’s fascinating places of interest, unique humanities and customs, and colorful national art performances have promoted politically-friendly exchanges and economic and trade cooperation between China and ASEAN cities.

In 2018, the total number of personnel exchanges between the two countries was about 61,300 — year-on-year growth of 2.9 percent. Among them, there were 52,200 Chinese tourists visiting Brunei and 9,100 Brunei tourists visiting China.

Promoting prosperity between Brunei and China

The 16th China-ASEAN Expo will be held in Nanning from September 21 to 24, 2019, and will continue to build a platform for exchanges and cooperation between China and ASEAN countries including Brunei.

The Brunei booths at this year’s expo remain the same as 2018. The charming city of Bandar Seri Begawan will once again be on show during the “Cities of Charm” exhibition and the commodity hall will host 32 booths from Brunei.

This theme for this year’s expo will be “Co-building the Belt and Road and Jointly Drawing the Vision of Cooperation”. The event will also see the launch of the China-ASEAN Strategic Partnership Vision 2030 and the China-ASEAN Media Exchange to promote the upgraded version of China-ASEAN free trade zone.

This China-ASEAN Expo will host country-specific promotion conferences, cultural performances and a wealth of exchange activities for investment and trade, so that all exhibitors will have more opportunities to communicate with other companies in ASEAN.