BANDAR SERI BEGAWAN – His Majesty Sultan Haji Hassanal Bolkiah on Monday said Brunei may record a budget deficit in the 2019/2020 fiscal year as the COVID-19 epidemic has slowed global demand for oil and gas.

Delivering his titah during the opening of the 16th Legislative Council (LegCo) session, the monarch said the country’s economic situation is unpredictable despite registering a budget surplus in the 2018/2019 financial year.

Brunei recorded just 0.1 percent of GDP growth in 2018, with the oil and gas industry still making up the bulk of the country’s exports.

Crude oil prices dropped almost 27 percent on Monday to US$33.09 a barrel after the world’s oil superpowers Saudi Arabia and Russia failed to reach an agreement on cutting production.

The sultan said the economic uncertainty is compounded by geopolitical unrest that led to a slump in the global financial market, especially in coronavirus-hit Asia.

However, he said Brunei is still able to record “encouraging growth” while undergoing changes in public infrastructure or policies.

The monarch noted several achievements in 2019, which included the transformation of the country’s telco industry; establishment of Manpower Panning and Employment Council (MPEC) and Temburong District Development Authority, which will formulate policies to generate economic activity and improve the residents’ standard of living.

His Majesty said the transformation of the telco sector, through the establishment of state-owned Unified National Networks (UNN), would accelerate innovation and change the country’s economic landscape towards the Fourth Industrial Revolution digital era.

Speaking on the Manpower Planning and Employment Council, which is under the purview of Prime Minister’s Office, he said the council is tasked to address unemployment issues and increase job opportunities.

Data from the Department of Economic Planning and Development showed that Brunei’s unemployment rate stood at 8.7 percent in 2018, down from 9.3 percent in 2017.

The sultan said the council is tasked with devising measures to address the country’s unemployment issues; conducting training to assist jobseekers; reviewing the training syllabus as well as assessing the processes involved in filling up vacancies in the public service.

“Existing policies also need to be examined, such as policies related to the entry of foreign workers as well as barriers or processes that may hinder the growth of businesses,” he added. 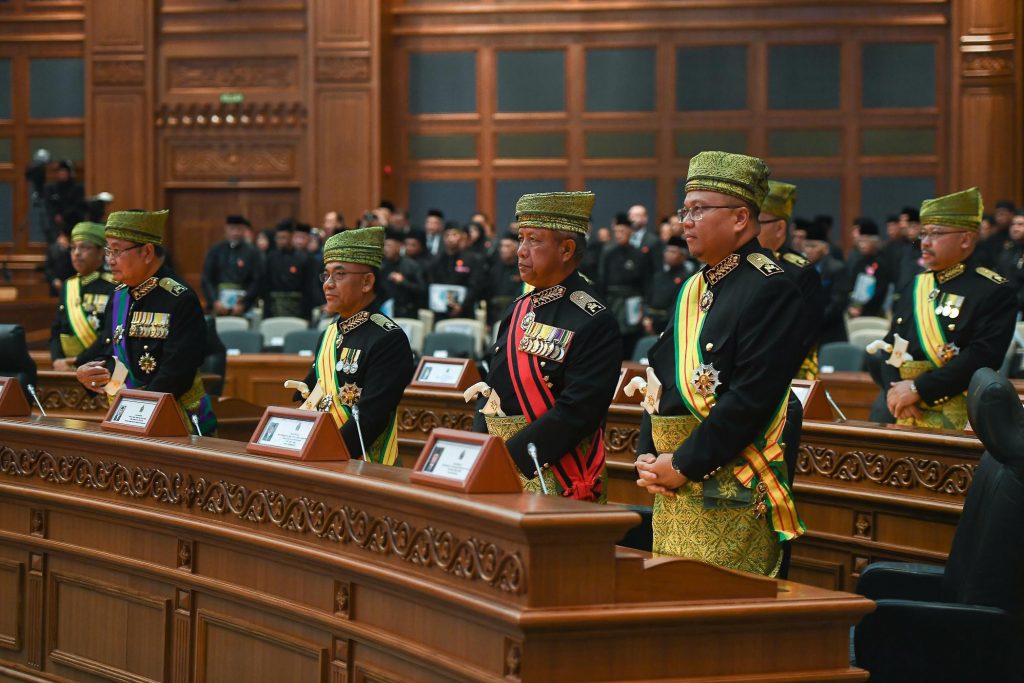 The monarch said government spending continues to increase year after year, thus each government agency is required to exercise caution in using the allocated budget.

“Keep in mind, high revenue may not necessarily guarantee financial stability and strength if they are not managed properly and efficiently.

“However, we will be able to strengthen and stabilise our macro-economy and the nation’s financial position with prudent practices and economic diversification efforts,” he added.

The monarch said it is important to know how the government uses its budget and that there must be transparency and trustworthiness.

With regards to implementation of public infrastructure projects, he said there was no point in only knowing how to create projects as poor monitoring can result in unstable buildings.

He added that weak supervision may make it easier for exploitation to happen, such as the use of cheap and low quality materials.

His Majesty said expectations are high to see the Legislative Council function as a strategic forum that addresses the needs of the people and nation.

He added that issues presented at the LegCo should be based on sound thinking and research, supported by facts and focused on relevant issues.

“From my observation, the meeting still requires strengthening because I find that some of the appointed LegCo members year after year only ask questions rather than give their opinions, which makes the debate less interesting.

“I urge the LegCo members to voice their opinions without hesitation. Your voices are necessary for the good [of all],” the sultan said.

The LegCo proceedings will continue on Tuesday at 9.15am.