Meanwhile the Arabic School Candidate Selection Examination (PCKSA) will be assessed using a system called “School Assessment Mark”, the Ministry of Religious Affairs said in a statement. Their overall mark will be derived from either their mid-year exam, subject tests, or evaluation of their work throughout the academic year. 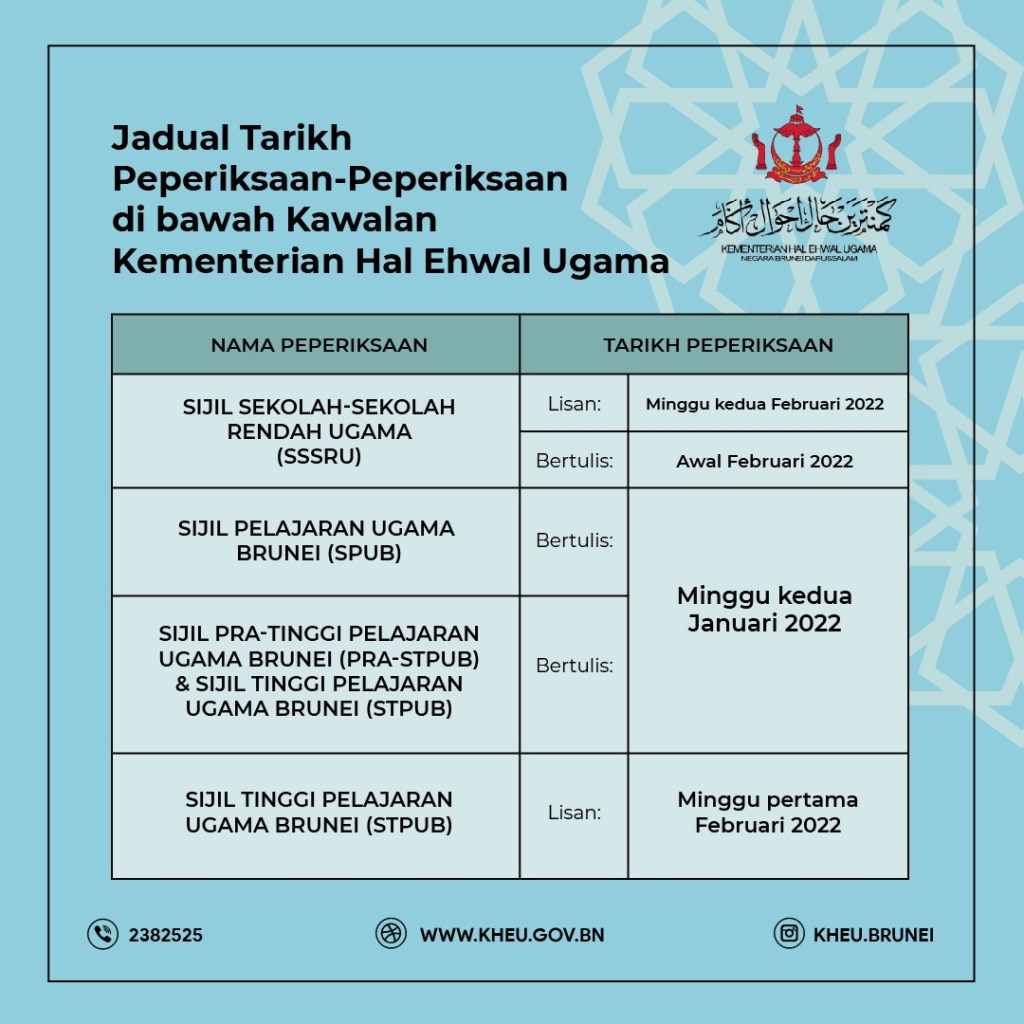 “However, this matter is subject to the development of COVID-19 infections in our country, as well as the decision to re-open schools… and advice from the Ministry of Health,” he added.

There are 42,600 students studying at various levels of religious education.

The ministry said it is also in the process of arranging home learning packs for 732 students who have had difficulty accessing online learning. Parents will be able to pick up the learning packs via a drive thru set up at respective schools.

Haj and Umrah still in doubt for Bruneian pilgrims

Responding to a reporter’s question on whether Bruneian pilgrims can go on Haj and Umrah, YB Pehin Dato Ustaz Hj Badaruddin said the matter was still under review.

Saudi Arabia reopened its borders to vaccinated pilgrims on August 8, however visitors must be fully inoculated with one of the four vaccines recognised by the Saudi government – Pfizer, AstraZeneca; Moderna, and Johnson & Johnson. Foreigners may also have to undergo quarantine.

The minister said for Bruneians who have been jabbed with Sinopharm, they may have to re-do their COVID vaccination in order to get a visa.

“So will Brunei be open to this? We’ll have to see first,” he said.

Brunei has yet to life its outward travel ban for residents, which has been in place since March 16, 2020. At the moment residents are only allowed to leave for business and essential travel.